A Guiding Light – My Tribute to Sir John Rowling 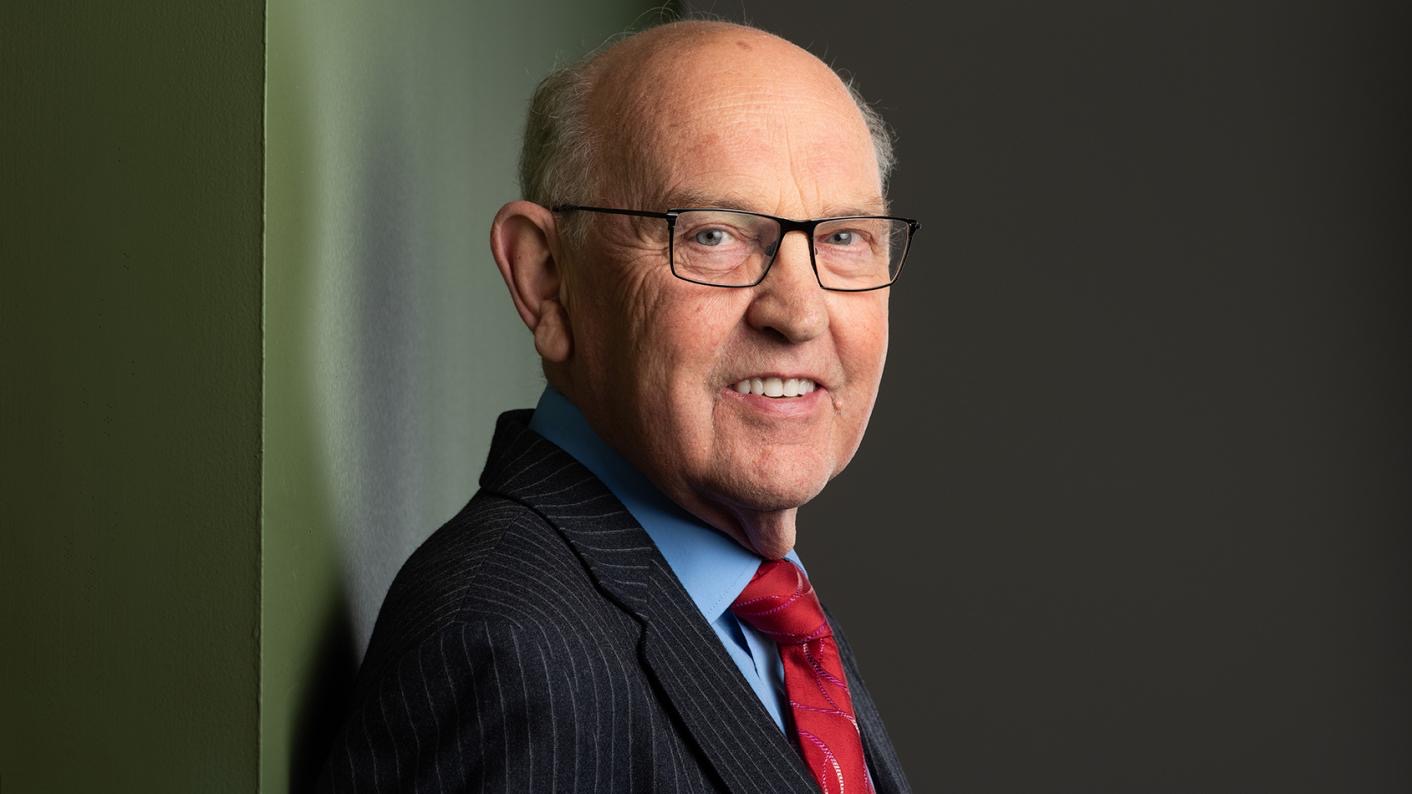 The cinematic world loves a story about a wise, old mentor and their young, enthusiastic apprentice. The struggles; the naïve exuberance of youth; the search for meaning or purpose and the sage who appears at just the right moment to offer guidance and direction. As a child, I can remember now, sitting in the big screen at Gants Hill Odeon, transfixed by Star Wars and the Empire Strikes Back as Luke Skywalker learns the ways of the Jedi, first from Obi Wan Kenobi and then the diminutive Yoda. As a slightly older, and perhaps surlier child, I was captivated by The Karate Kid as this bullied outsider, Danny Larusso, is taken under the wing of Mr Miyagi, the wise, old master. ‘Wax on, wax off’ – if you know, you know! It needn’t always be greying or indeed, green old men, who fulfil this role. When Mary Poppins parachutes from the skies underneath her umbrella, it is not just the children at 17 Cherry Tree Lane that benefit from her assertive wisdom. The whole family including the rather reluctant, Mr Banks, is transformed by her outlook on life.

So, is it just in the movies or literature that we find these life-defining relationships or is it more common place than this? I can look back and find examples in my life of numerous individuals that have shown up at just the right time to nudge me in a different direction or inspire me to be a better version of myself. They have appeared as teachers, coaches, mentors, relatives, friends, colleagues or even bosses. Some have been there for a moment in time whilst others have walked beside me for decades. They have all played different roles and served different purposes and almost all of them have done so unwittingly or unknowingly. ‘Life Guides’ rarely set out to fulfil this role; your worlds just happen to collide at the right times.

A brief trawl of the internet provided me with this definition: ‘Guides are any spiritual beings that help you at any time during your life for any length of time to become a better person. Guides may present themselves when you are in a stressful situation or have been with you your entire life.’

I believe that Guides provide our North Star. When we need it most, they appear as waypoints along our life journey. This may be to gently nudge us to make better choices or to fundamentally change the course of our lives. They can inspire us; encourage us to aspire to a greater purpose and, almost always, they create an almost disproportionate belief in ourselves to be more and achieve more. The impact of this is that it can sometimes catapult us into an entirely new sphere whether it be in our careers, passions or personal life.

Last week the education world lost a giant and I lost one of my Guides. When Sir John Rowling died on Friday 17th January 2020 following a short illness, he left behind a legacy that goes far beyond what he achieved as a teacher, Headteacher, leader of the London Challenge and latterly PiXL. His legacy will not be remembered simply by the number of schools that are members of his organisation, annual turnover or results; it will be for the lasting impact he has had on the lives of so many individuals.

Sir John first starting working with me when I was a newly appointed Headteacher, as my school’s PiXL Associate. Four times a year we would sit at the long table in my office and unpick the nuances of school improvement. His energy and optimism were felt around the school on those visits and for me, it gave me belief and confidence that we were ‘in this together’ and that someone of his stature truly cared about what we were doing. He had the ability to make you feel that you were the most important person in the room whether it was a one to one meeting or in a crowded conference hall.

John Quincy Adams said, “If your actions inspire others to dream more, learn more, do more, and become more, you are a leader.” In my opinion, you are probably also a Guide whether you are aware of it or choose it. The thing with a Guide is that it is not a role someone consciously chooses for themselves, unlike a mentor or coach, because it is not they who decide. In fact, it is quite possible that right now you are fulfilling that role for someone else and you aren’t even aware of it.

The opportunities that Sir John gave me to challenge myself, work beyond my comfort zone and have the confidence to contribute to the wider system have shaped me as a person and the career path I now find myself on. It was him that persuaded to look beyond working in one school and to work across the education system with thousands of schools. “Influence, not power; that is how you should view your impact. Measure it in decades and not just school years. Just imagine the possibilities, young man…”

I have no idea what my future career may look and feel like. What I do know, without a shred of doubt, is that it does and will continue to be a very different to the one I would have if I hadn’t encountered Sir John as a Guide. Fundamentally, I am a different person for having spent time in his company. His belief in me and the opportunities afforded to me have challenged my thinking and encouraged me to be at my best for more of the time.

At the very start of 2020, the education world has lost a colossus; his family have lost a husband, father and grandfather and many people have lost a loyal and dear friend. I will never see the man again, but I haven’t lost him. The most important thing about his role as my Guide is that he will remain in that role even though he has gone. A Guide lives on within us and through us long after they have gone. In James Kerr’s book, ‘Legacy’, about the All Blacks rugby team, he tells us that one of their mantras is that a player must leave the shirt in a better place than when he was given the opportunity to wear it. Through his influence, inspiration, kindness and drive, Sir John Rowling has undoubtedly left the world in a better place than when he arrived into it 79 years ago and his legacy will be the lasting influence he has had on so many people; I just count myself fortunate to have been one of them. Thank you.